Unoma Nwankwor is a self- proclaimed romantic. She is passionate about telling stories that are uplifting and life changing sending the message of faith, hope and love. Her readers are in love with her unique way of telling stories that capture the essence of her present home base; Atlanta Georgia and her Nigerian culture. Her stories which center on forgiveness, faith and hope have been described as a fusion of faith, romance and African spice.
Unoma is also the published author of An Unexpected Blessing (2013) , The Christmas Ultimatum(2013) and When You Let Go (May,2014).

The oldest of the Danjuma brothers, Rasheed was a self-made man. He’d learned at an early age that love and commitment brought with it complications he didn’t want to deal with. His single-minded focus had paid off. He was able to step into the shoes of his absentee father by taking care of his mother and twin brothers. But just when he thought he could stop carrying the weight of his family on his shoulders, he gets a call that could change the trajectory of Rasheed’s life.

Ibiso Jaja, a professional caterer, had gambled on the love of a man and lost. Through the redeeming love of God, she had picked herself up and was now living her dream as the owner of Bisso Bites, a bistro in the heart of Abuja. However circumstances conspire to threaten the bistro and bring her face to face with the type of man she has vowed to avoid. The attraction is instant.

Once again, Rasheed is forced to do something he has done all his life – put the needs of his family ahead of his own. This time however, he crosses path with the sassy, independent, Jesus-loving caterer who is bent on making him see the power of forgiveness and God’s love. Just when Rasheed lets his guard down, a deadly sabotage causes old demons to rise. Will Rasheed continue to pursue power and success or surrender to the light of God’s love? 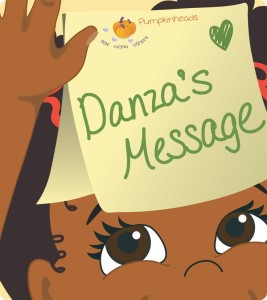 Playing and dancing, you’re a star! Listen to Danza: Beautiful is what you are! Danza and her friends are silly and sweet. Playing before the mirror, they are reminded of just how special they are. Parents and children alike can relate to this valuable book about self-esteem and self-acceptance. Written in rhythmic and memorable rhyme, this is a fun book to either read aloud or give to early readers. Winner of Parent Tested Parent Approved Seal of Approval and Academics’ Choice Smart Book Award.

Ella’s toys are beyond compare, but playtime’s more fun when she learns to share! Flaunting her toys but keeping them to herself is not much fun after the other kids lose interest. Left alone, Ella decides to make it up to her friends. Children will learn an important lesson in this endearing book about generosity, friendship, and the benefits of giving. Written in rhythmic and memorable rhyme, this is a fun book to either read aloud or perfect for early readers. Ella’s Toys was designed to encourage early literacy, enhance social and emotional development, and promote character growth. Winner of Parent Tested Parent Approved Seal of Approval and Academics’ Choice Smart Book Award.

Karen Kilpatrick is the author and co-illustrator of the award winning children’s books series, Pumpkinheads® (Carmin Cares, Ella’s Toys, Love Monster Lulu, Sage’s Song and Danza’s Message). She currently is working on new Pumpkinheads® titles and other books for children.Karen also writes adult short stories, and is a winning author in the Florida Writer’s Association’s collection contest, with her short story, The Envelope, published October 2014. She lives with her husband and three children in Parkland, Florida. To learn more about Pumpkinheads ® books and for fun art activities, games, and stories, you can visit www.pumpkinheads.com. 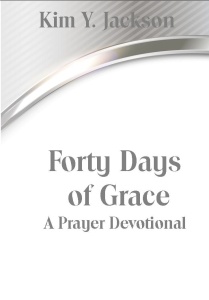 Minister Kim Y. Jackson is an anointed writer, sought out conference speaker and teacher. Minister Jackson is an oracle and scribe for the Lord effectively ministering in the areas of healing and deliverance. Through the power of the Holy Spirit Minister Kim imparts revelation knowledge to empower believers of Christ. Minister Kim Jackson ministers at recovery houses, transitional homes and support groups throughout the Baltimore Metro Area. Minister Kim Jackson has fully accepted her calling to preach, write for the Lord, teach God’s word and spread the Gospel of Jesus Christ. Minister Jackson stands on God’s word and encourages others to “Write the Vision and Make it Plain, Habakkuk 2:2-3” that God has given to them – because God is always speaking.

‘The barrier between the worlds shatters like the window. The beast is loose. My nightmare has become real. The guy has totally lost it. If he finds us here, we could die. No, I don’t doubt it; we will die.’

Author and editor Prunella Smith inhabits a multilayered reality. Physically, she lives in the Australian bush with her crazy cat Merlin. In her work world, she edits the love story of Kelee, a Magan Lord’s daughter, and in the cyber-world of social media, she’s subjected to slanderous attacks by a disgruntled author. To complicate matters further she sees things through the eyes of a Tibetan Yogi, has strange dreams and relives forgotten memories.

Separate worlds, interconnected and complementary, but can they help when Prunella becomes victim to a real life stalker and her sanity is threatened?

Worlds Within Worlds has a unique perspective on the nature of creativity. Its touch is light, its humour distinctive but it reaches deep into the nature of human experience.

My feet pounded the hard earth, jarring my bones, but I couldn’t stop. The monster closed in behind me, his breath coming in hard, loud pants. I tripped and stumbled over a fallen branch, only just saving myself from a fall. An evil chuckle reverberated through the darkening forest.

‘I’m going to get you, bitch.’ The chill in the beast’s voice sent shivers down my spine.

I ran faster, my legs burning with the effort, and looked desperately for somewhere to hide, somewhere to escape this monster set on destroying the very fabric of my life. But I knew this forest, and knew there was nowhere here that could keep me safe from this thing bent on revenge.

At least I was making him work for his meal! The thought flashed through my mind, and I smiled—a ray of light in the gloom. My heart lifted. Surely, this couldn’t be real. What had I done to turn a man into a monster? Tell him a truth he wasn’t willing to hear? Why then had he asked me to tell him?

My breath came in gasps and a stitch formed at my side. I clutched the pain, kept running, and chanced a glance behind. A dark, human-shaped blob wearing a hoodie raced after me, but perhaps he was slowing. I hoped.

The rock! It might be enough. I ran down the track that led to the largest rock in the forest. A tree nestled close behind it. Perhaps I could battle the lantana surrounding it and squeeze between the two. The sticky plant scratched my face and hands and grabbed at my hair as I dived beneath it and crawled to the tree in the middle of the tangle of weeds. Yes! I squeezed myself behind the trunk and, with my back slammed hard against the rock, tried to still my gasping breath. Something crawled over my bare arms. A bite. Ants! I brushed them off and tried not to wriggle, or wonder what else lived in the bark.

The beast crashed through the undergrowth and stopped. I peeked through the scraggly bushes and held my breath. The thing cocked its head and sniffed. God! Could it smell my sweat? The head swivelled and red eyes glowing from beneath the hood fixed on me. An arm pushed back the hood and an evil smile spread slowly over the pale, pockmarked face. Dita?

The monster pulled out a machete—I don’t know from where. One minute he had nothing in his hand and the next moment he was attacking the lantana with a machete, cutting a swathe through it towards me. I swallowed in a suddenly dry throat and, sure that something crawled on it, yanked a twig from my long hair.

Wait a minute! I don’t have long hair.

My eyes fly open, and I mentally kick myself. I lie warm and safe in my bed, but I’ve allowed that bullying author to get into my dreamworld. He doesn’t belong there. He doesn’t belong in any of my worlds! But he’s shoved his way in. Despite my determination not to let him get to me, his words have registered somewhere in my psyche, and now, like some virus emerging into its virulent phase, Dita has appeared in my dreams.

Next time, I’ll have a sword and I’ll be able to use it. REALLY WELL.

Tahlia Newland, author of the multi-award-winning Diamond Peak Series, writes heart-warming and inspiring magical realism, urban fantasy and anything else she feels like at the time. She is also an editor and a mask-maker who loves creating digital art and sitting on her veranda staring at the rain forest.

Before writing full time, she had over 20 years’ experience in scripting and performing in Visual Theatre and Theatre in Education.In 2012, she set up Awesome Indies Books to showcase quality independent fiction. She has had extensive training in meditation and Buddhist philosophy and lives in Australia with a husband and a cheeky Burmese cat called George. She also has a wonderful adult daughter.