“Let me get this straight. You want me to dress up like a clown and help you steal a lion from Kuti, a Nigerian warlord?”

Out of sheer desperation, I called Jana. I knew she had a memorial service at a nearby church. Looking both ways, Grumpy and I dashed across the roadway.

“Have I ever told you how much our friendship means to me?”

There was a long pause before Jana asked, “Are the cops chasing you again?”

“Not yet, but I do have an itty-bitty problem,” I said.

“Oh shit! That means you have a category five clusterfuck.”

A Hispanic man driving a battered Mercury glanced over at me. His head whipped back around as he did a double take. Crash! He rear-ended a truck stopped for the red light.

Jana demanded, “Is that a lion?”

“I had to rescue him. They were going to kill him,” I countered and noticed an old guy in a white Toyota gaping at me. “Look out mister!”

The Toyota veered across two lanes of traffic before slamming into a parked Honda. Smoke poured from the engine.

Jana inquired, “What’s going on Kandi? It sounds like you’re in the middle of a demolition derby.”

“Seriously, you wouldn’t think a demonic clown walking a lion down the street would freak everyone out.”

“I’m at the corner of Seventh Street and McDowell.” I watched the old guy bail out of his now burning car.

Red and blue lights flashed off the windows of the surrounding businesses.

I glanced over my shoulder.

A patrol car raced toward me.

“The police have arrived,” I told Jana.

“Meet me in the parking lot of the United Methodist church on Eighth Street.”

“Will do.” I disconnected and gasped as flames engulfed both the Toyota and the Honda. Kaboom! The cars exploded into a massive fireball. A burning tire sailed down the street and smashed into the patrol car’s windshield. The officer lost control, swerved wildly and struck a fire hydrant. A geyser of water shot high into the air.

A smoldering fender hit the pavement in front of us. Grumpy took off. 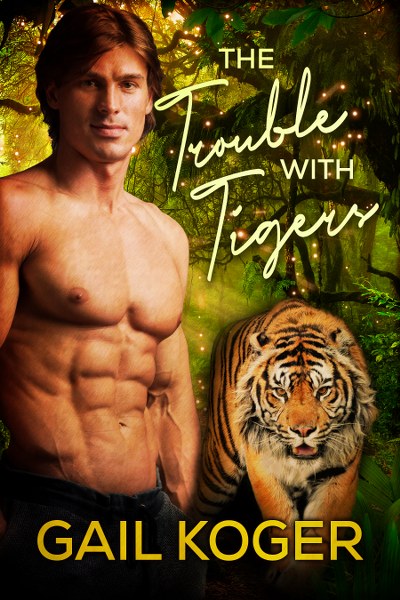 Lions and tigers and skunks, oh my! Kandi Cain’s a psychic pet detective. Her cases range from wrangling baby goats, to finding lost critters. Her current case is rescuing a lion from a Nigerian warlord. Kandi knew dressing up as a demonic clown and walking a lion down a city street would freak people out. But, wow! She didn’t expect Armageddon.
The hot as hell Detective Dutch Callaghan’s on her trail again and showing more than a professional interest. Kandi’s talents have attracted the attention of a CIA black ops agent who wants her to steal twelve endangered white tigers from a Pakistani warlord. The mission’s crucial to prevent a terrorist attack.
Wait! What? Terrorists? What had she gotten herself into? Kandi wasn’t a superhero. She couldn’t bend steel with her bare hands, and she wasn’t faster than a speeding bullet. She’s Doctor Doolittle. She talks to the animals and occasionally the dead.
Add to Goodreads
Amazon * Apple * B&N * Kobo * Smashwords 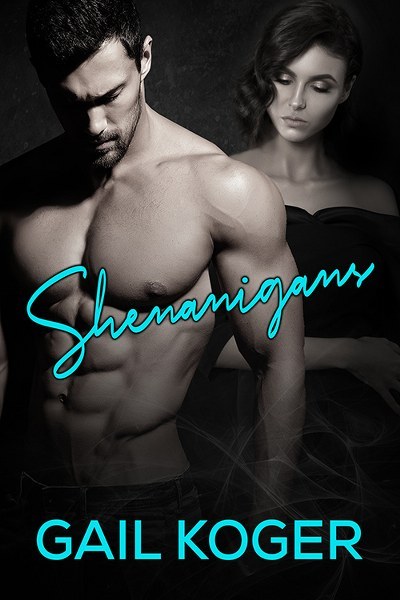 Kandi Cain inherited her Dr. Doolittle abilities from her grandmother and became a psychic pet detective. To her dismay, she just acquired the power to communicate with the spirit world, but dead people give her the willies.
Just when Kandi thought her life couldn’t get more complicated, the neighbor from hell moved in next door. The nasty guy’s name is Dutch Callaghan. How can someone so gorgeous be such a dick? Kandi could chalk some of it up to his job. Dutch is a Phoenix PD homicide cop.
Kandi’s current case is rescuing a Yorkie from a brutal dog fighting ring. Little does she know her dog napping suspect is involved in a series of brutal murders. Disguised as an elderly nun, Kandi rescues the Yorkie and, in the process, blows the hell out of Dutch’s undercover operation.
Kandi now finds herself a person of interest in her client’s murder and her sexy-as-hell, pain-in-the-butt neighbor is in hot pursuit of the Ninja Nun. Is Dutch about to slap the cuffs on? Only time will tell.
Add to Goodreads
Amazon * Apple * B&N * Kobo * Smashwords * Scribd 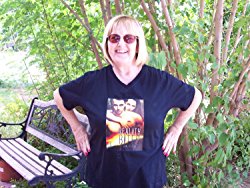 How do I come up with my stories? Being psychotic helps. I was a 9-1-1 dispatcher for way too long. All those years of wild requests, screwy questions, bizarre behavior and outrageous demands have left me with a permanent twitch and an uncontrollable craving for chocolate. Don’t get me wrong. Working as a 9-1-1 dispatcher can be very rewarding. BUT – some days I felt like the entire world was nuts. I mean, c’mon, who in their right mind calls 9-1-1 for the winning lottery numbers? To keep from hitting myself repeatedly in the head with my phone, I took up writing.
I made the Night Owl’s Awesome Paranormal Romance Authors List.
Website * Facebook * Twitter * Amazon * Goodreads 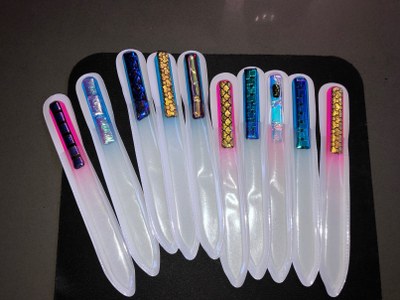 $25 Amazon gift card and a Coletti Dagger aka a nail file with a fired glass handle and an ebook copy of Shenanigans – the first in the series
Follow the tour HERE for special content and a giveaway!
a Rafflecopter giveaway