A heartbeat later, he was alone—shattered, confused and suicidal. Why had Marti walked away from him?

Years later, in another place and a new chapter of Ewan’s life, fate brings them face to face again.

They start building a friendship, but Ewan wants more. He wants Marti as his wife, while she seems to prefer their current status as friends.

Can he convince her that taking another chance at their failed future will be the start of the best part of their lives? 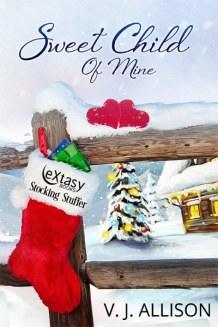 Sweet Child of Mine

In the city on the harbour, miracles happen.

Ewan and Marti Campbell are hoping to have a quiet holiday season, their first as a married couple, and the last one before their new baby arrives.

A crisis at the real estate agency tosses a huge wrench into their plans, as does the sudden onset of Marti’s labour. As Ewan fights to get home before his child appears, more crises are flung at him. If he is to make it on time to help his wife bring their baby into the world, he’ll need a miracle…

What would you do if you found out your late spouse wasn’t the biological parent of your stepchild as they had led you to believe? Would you let it go, in hopes the child wouldn’t go looking for their birth family, or would you help them in their search?

This is the dilemma Neil Falcon faces when he first discovers his late wife, Rita, wasn’t the biological mother of his teenage stepdaughter, Rikki.

His decision to look for her roots puts them on a path that leads them to a part of Neil’s past, one he thought was locked away forever.

Kelsey Wagner is shocked to see the man she once adored appear on her doorstep with claims that Rikki may be her biological child. After finding out her daughter wants her to be a part of her life, she agrees.

Amidst the confusion of raising a teenage daughter, the old feelings resurface. They know their daughter wants them to become a family, but can they make it work? 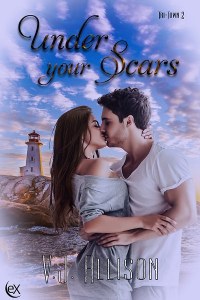 Alexis has that special something about her that Seth can’t fathom. His friend Mirabelle’s new employee is even prettier than the merchandise she sells. Too bad she’s distantly polite when he tries talking to her.

Alexis is attracted to Seth, but she’s in hiding from her past and her mistakes. Getting involved with the one person she’s attracted to could blow her cover.

When they’re forced to work together, their libidos ignite. Alexis is terrified to open up and give in to her feelings for Seth. If he remembers that night five years ago, he’ll never speak to her again.

It becomes a question of whether Seth will expose her and force her to keep running, or if he’ll help her face her past.

When two people are in love, social distancing cannot prevent them from being together.

Vicki has been half in love with her friend and co-worker, Mason, since she started working at a grocery store eight months ago. When a pandemic reaches the province, social distancing protocols are installed, and their friendship is put on hold. A break at work brings them back together, but will they have the time Vicki hopes to pursue her hidden desires?

V.J. Allison was born and raised in southern Nova Scotia, Canada, and her work reflects her strong Maritime roots. She is a stay-at-home mother to a son on the autism spectrum, married to the love of her life, and “mama” to a rescued Maine Coon cat named Marnie. She has been writing various stories of novel length and short stories since her school days, and sees writing as a vital component to her life.

On January 4, 2021, she released her first independently published story, COVID’s Arrow, which had been previously released in the Together We Stand charity collection of stories about essential workers.

When she isn’t writing, she loves to read romance and science fiction novels (notably Star Wars); listen to music (heavy metal, rock, alternative); and do graphics design. She runs her own graphics design company, Veridian Rose Designs, specializing in book promotional posters and Facebook cover photos. This self-proclaimed geeky rocker chick is a warrior and advocate for various chronic illnesses including Occipital Neuralgia, Trigeminal Neuralgia, Diabetes, Migraines, and Glossopharyngeal Neuralgia. She is also an advocate for the prevention of animal cruelty and is a voice for Autism Awareness.