You build. You love. You grow together. Rosalyn felt that with Denim; she would have happiness that would always last. But when the romance died down, so did his loyalty. After discovering Denim’s infidelity, Rosalyn decides to end their relationship and start anew, or so she thought.

Loving Rosalyn wasn’t as hard as staying faithful to her, when Denim finds himself in compromising positions with other women. But, when Rosalyn decides to break up instead of working it out, he is forced to know what it feels like not to have her in his life. Temporary pleasures don’t work for him and when he discovers Rosalyn may be moving on, he must decide to finally step up and be the man she wants, or walk away.

In the follow up to The Words I Didn’t Say, Denim gets a second chance at love, but like most, he doesn’t know what to do with it. Sex, lies, deceit, and betrayal will have you wondering whether these two will finally let go of their pride and speak their heart? Or will love be lost once again?

From teen mom to CEO by the age of twenty, Tamika Newhouse, the author of 13 novels, has landed on numerous best sellers’ lists and is the winner of 8 African American Literary Awards. Only nine months after debuting her first novel in 2009, she landed a major publishing contract without an agent and went on to become the CEO of Delphine Publications. To date she has published nearly 150 titles, launched the careers of hundreds of writers, and produces the only entertainment award show for African American writers, called the AAMBC Literary Awards.

In 2010, she was inducted into Who’s Who in Black San Antonio. In 2011, her company Delphine Publications won an African American Literary Award for Best Anthology, and for the second time, Tamika won Self Published Author of the Year.  The National Women in Business Association also nominated her for the 2011 Entrepreneurial Spirit Award. In 2013, she was honored with the Author of Distinction E. Lynn Harris Award.

She has quickly become the Shonda Rhimes in Black Publishing, due to her creative skills in discovering talent, her unique events that features celebrities from across the nation, and being the creator of AAMBC, one of the most influential brands in the publishing industry. Tamika presently tours the country speaking about overcoming her teen pregnancy to fulfill her dream, as well as teaching aspiring writers the publishing ropes. She resides in Atlanta with her children. 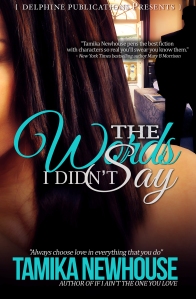 Janet had been there and done that when it came to love. After a broken heart love was no longer an option for her. No strings, meaningless sex, and random dates were now her top choices. Besides keeping men at a distance and away from her heart was safe right? You can t get hurt if you don’t let anybody in.

But what happens when you suddenly meet someone who just gets you? The moment she met Denim she knew it was something different, something she couldn’t control. And from day one she fought that four letter word, love.

Denim had loved and lost and vowed to never feel for anyone ever again and that had worked for years. A successful music producer but a womanizer by nature the day he met Janet his quest to be unattached was challenged. Janet and Denim both fight what was evident, that they both wanted and needed each other.

Vowing to just be in the moment and not commit to one another tension grows as their emotions can t be controlled. Random sex want do, the endless dates with unfamiliar faces is getting old, and everyone is compared to the one that matters, each other.

But when Janet fears confessing her deep feelings for Denim will push him away; things change. Denim although loves Janet is unwilling to commit and it is his the lack of effort to change on his end that ultimately changes them.

Words go unspoken as this romantic, sexy, dramatic novel unfolds leaving two souls lost within each other. And when a broken heart can’t be mended it seems that their love will be lost forever without a real chance at happiness.

A love story not based on a fairy tale but solely on the fact that sometimes we run from the very thing that will make us happy.

Tamika Newhouse is a self-published bestselling author who founded Delphine Publications, at the age of 21; Tamika appeared on various bestseller lists and won Self Published Author of the Year at the 2009 African American Literary Awards only 9 months after her debut novel. In 2010 she was inducted into Who’s who in Black San Antonio and she landed a major publishing deal without an agent and still continues to write independent projects. In 2011 her company Delphine Publications won an African American Literary Award for Best Anthology as well as Tamika won for the second time Self Published Author of the Year. She was also nominated by the National Women in Business Association for the 2011 Entrepreneurial Spirit Award. In 2013 she was honored with the Author of Distinction E. Lynn Harris Award. Her latest award for the 2013 African American Literary Award for self published author of the year.

Along with Delphine Publications, Tamika is the founder and President of African Americans on the Move Book Club (AAMBC) – an online book club and radio show catering to avid readers across the nation. She is also CEO of Obsessive Soul Media. With future projects in the works from short films, stage plays and much more, Tamika is a young woman on a mission. She has been featured in Uptown Magazine, Essence, Hello Beautiful, Juicy Magazine, and in Vibe Vixen Magazine.

Tamika presently tours the country speaking about overcoming her teen pregnancy to fulfill her dream, as well as teaching aspiring writers the publishing ropes. A former radio host, she hosted her own internet radio show (AAMBC) for over three years and continues to expand her brand. She is currently living in Atlanta with her son and daughter and is currently working on her next novel. 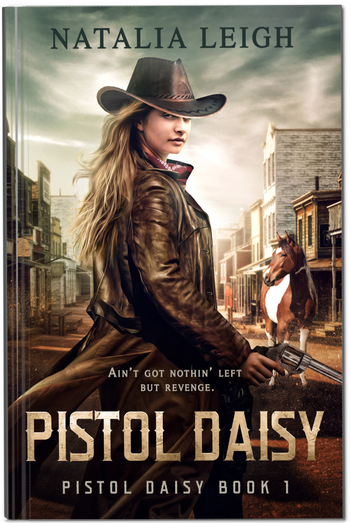