Does a heart ever really heal from its first break?

On an unseasonably hot night in late September, Dr. Keon McGowan is called away from a family gathering to a hospital emergency. Amongst his patients that night is a blast from his past he’d rather forget. He’ll certainly never forgive butterfly hunter Darcia Davenport for leaving him alone as a single dad while she chased butterflies through the Amazon rainforest.

Coming face to face with the woman who broke his heart after all this time, Keon realises that he has never fully healed from it. But any chance of finding closure is ripped away when Darcy chooses to end treatment and live her final weeks without regret. Can Keon let her go? Or will he fight for the tomorrow they might never have?

MAYBE TOMORROW is an emotional journey of love caught between fate and destiny, and Keon is forced to choose between his head and his heart, his wants and his responsibilities, forgiving Darcy or forgetting all about her, and between a second chance family or an ill-fated heartbreak romance.

**Maybe Tomorrow is only 99 cents while on tour!**

He stood on the pier, hearing her words all over again. He watched her lips move and didn’t quite understand what she was saying. It was the opportunity of a lifetime. She was sorry, really sorry, but she didn’t want this life. She had never wanted it. She wanted action and adventure, to climb the Himalayas, to shower under waterfalls, and swim in turquoise waters. She wanted to stand amongst the Monarch butterflies in Mexico as they migrated. She was sorry, really sorry, but she couldn’t stay with him. She’d only grow to resent him, their life, and any children they had. (Of course, Lily hadn’t been born by then. The news of their baby had come as a shock to Keon, almost a full nine months later.)

Pain gripped his chest, as fresh as the day she’d left him. He’d drunk himself unconscious a thousand times, prayed for her return, would have given anything to have her say she’d take it back. When the pain turned to rage, he wanted her dead.

But not like this. Never like this. His Darcy, the light of his life, was going to die. Everything he’d ever wanted to say to her, all the anger he’d felt since that day, had just vanished. The thought of losing her crushed him.

Erin Cawood is a commercial women’s fiction author, with a taste for dramatic storylines and a passion for strong lead characters she really gets behind, cheering on right to the very end of their story. Her focus? Taking romance into the darker, edgier side of contemporary fiction.

Get 2 free books when you sign up to Erin Cawood’s newsletter http://eepurl.com/bMlx7L

Enter to win a Kindle!

Connect with Erin at

Evelina Conti has always worn a mask. She is an Outfit principessa, respected and adored. She wasn’t allowed to be anything else. Her father went from a grieving husband to the Outfit boss, and now that Riley heads the family, Eve is more suffocated than ever. No matter how much she hates it, the Conti princess still has a role to play. A little attention from Theo DeLuca seems innocent enough, but nothing is when it comes to him. And certainly not when everyone believes that Theo is out to kill her.

Theo DeLuca has a target on his back. His biggest problem is figuring out who put it there when everyone is aiming at him. He doesn’t need a woman causing him issues, but the Conti princess keeps showing up at the worst times, and he’s the one left saving her. Between the men surrounding him that Theo can’t trust, and the past he can’t outrun, Evelina might be the one thing he doesn’t have to question. But when Riley decides to use Eve as his next move, even Theo might not be able to save her.

The war in Chicago is not even close to being over. This game is deadly. Each hand played cuts another mark into someone else. The Outfit boss is struggling while the men around him are rallying. As the body count continues to rise, the families keep losing.

Sacrifices are a part of war. No one will walk away from this without scars.

PLEASE NOTE: Scarless & Sacred is not intended to be read as a standalone in this series. It is the third book in the series and should be read after the first two books. Trigger Warning: Scarless features graphic violence and scenes of past abuse.

Bethany-Kris is a Canadian author, lover of much, and mother to three young sons, one cat, and two dogs. A small town in Eastern Canada where she was born and raised is where she has always called home. With her boys under her feet, snuggling cat, barking dogs, and a hubby calling over his shoulder, she is nearly always writing something … when she can find the time.

To keep up-to-date with new releases from Bethany-Kris, sign up to her New Release Newsletter here: http://eepurl.com/bf9lzD

I pay my debts, and I expect others to.

I was raised in the slums of London, I knew nothing of privilege. My father was murdered when I was seventeen. Morty figured my father’s passing meant I would automatically take on dad’s debts. I refused.

And I paid for that refusal.

So did my sister.

So now I fight. All I know how to do is fight. The best cash is in the states, so that’s where I am now. A big fish called Vito came along offering me a “favor” when I arrived.

I paid for that one too.

I knew Kyla Hensley would be trouble when I met her. But I wanted her. I could see through the falsehood of her wannabe-slutty clothes and her sexy legs. So I chased her.

Besides, trouble is my middle name.

I was brought up in privilege, but I lacked everything else. My father is a business tycoon who buys and sells and doesn’t care who gets rolled over in the process.

I never knew my mother, and all I have of her is a photo with a note scrawled on the back in French saying “I’m sorry.” The only Female Figure I had growing up is my dad’s wife who is a bleach blond with seven boob jobs. We never bonded.

I drink. I party. I meet guys.

I’ve had a string of lovers in the last few years, the worst and most recent of which was Vince Somerset. My best friend Vera was dating a guy called Rory Cansoom who is the opposite of Vince in so many ways, and yet so the same.

She and I hit the road for spring break, getting away from the two college psychos and just trying to have some fun.

But there’s a funny thing about trouble, the more you run from it, the more it finds you.

Which is when I met the Debt Collector.

That’s all it was supposed to be.

Not intended for readers under the age of seventeen.

About Rachel
Rachel Dunning hit the scene in August 2013 and is the author of the highly praised Naive Mistakes Series, Truthful Lies Trilogy, Johnny Series and the paranormal romance series, Mind Games.

A prolific writer, she sticks to stories where Alpha Males aren’t pricks and where women have guts.

She’s lived on two different continents, speaks three different languages, and met the love of her life on the internet. In other words, romance is in her blood.

Sign up for Rachel’s Newsletter and never miss a release or a special.
You can sign up here:
http://www.rdunning.com/p/non-spammy-news.html

Melanie Harris returns to the United States after recuperating from a tumultuous marriage, to care for her aging parents and maintain her writing career. During a visit to she is robbed and before her attacker can pursue his other interest in her, Melanie is rescued by a handsome stranger. In the ensuing chaos, they are separated, leaving her to wonder if she will ever see him again?

Kendall Myers, handsome bachelor and owner of the fabulous White Sands Villas in Ocho Rios, spends life focusing on his business, his precocious eleven-year-old daughter, and his doting Aunt Beth. On a business trip to New York City, he rescues a beautiful woman from a robbery, but before he can learn her name, she runs away, puzzling both Kendall and the police.

Paradise Dreams offers readers an inside view of two people who learn that it takes endurance, patience and forgiveness to regain faith in opening one’s heart to love. 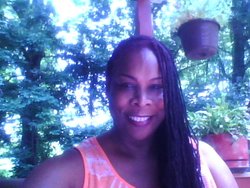