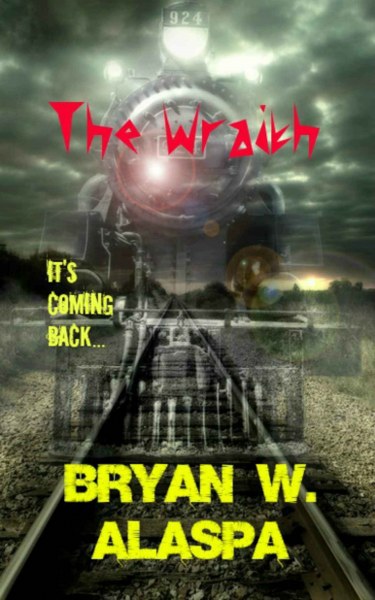 ***FROM THE AUTHOR OF THE BESTSELLING THE MAN FROM TAURED COMES A COMPANION
NOVEL EXPLORING NEW DIMENSIONS OF HORROR***
The tiny town of Knorr, PA, is one of those places where the walls
between this reality and others is very thin. It draws people from
all over the world and sometimes things slip through from our world
into others while sometimes things slip from other worlds into our
own. Nightmare things.
During World War II an experiment was done using a steam engine to see if
entering another dimension could create instant transportation of
goods and men from one place to another. It unlocked a nightmare from
another dimension and only agents from the agency IDEA were able to
stop reality from unraveling. The train, known as The Wraith,
disappeared along with the scientist who built it.
Now, in present day, a young man hears the distant sound of a train
whistle. The rundown train station at the end of the wooded path is
somehow regenerating. Plus, people in and around Knorr are acting a
little stranger than normal.
The Wraith is coming back, but it’s not coming alone.
Will Knorr survive?
Will the universe?
Goodreads * Amazon

Hey there, people, it’s Matt again. I don’t know if you guys bothered to listen to Tabitha and Warren this morning, but that damn story scared the crap out of me. I’m telling you, there’s something about this town. There are all kinds of stories. I went over to the Hollis house last night with my folks and had time to just sit and talk with Warren. He told me all about this girl Sapphire and the rumors of ghosts and this kid named Jimmy.

So, here I am in the backyard. You can see the sun has gone down and the stars are out. Look at how many of them you can see up there. This is something we did not get in St. Louis. In St. Louis, during the summer, it’s like the sky turns into soup or something. You can barely see the moon, let alone the stars.

As I say, there are advantages.

Here, listen to what you can hear out here.

See? Quiet. This time of the year the katydids and the cicadas are even quiet. You can hear a few bugs, but nothing else. I understand that, during the high school football season, you can even hear the announcements and the game being played right here in the yard.

I like to come out here at night. Sometimes you see raccoons and I saw a few coyotes. I understand there are sometimes bears out here. Black bears. I do not want to run into a bear, but I also think it would be pretty cool to see one.

The thing which amazes me is how far away you can hear things. I guess I mean, how far sound carries. When it is really quiet during the afternoon, you can softly hear the engines of the jets that fly way overhead. Folks, we are nowhere near an airport, so you just see the contrails – or are they chemtrails? – way up there. But when the breeze quiets and you sit here and close your eyes and listen, you can hear the engines. By the time the sound gets here, you can’t even find the damn plane anymore, but I swear you can hear it.

I dunno. Maybe it’s my imagination. Whatever.

At night, you can lay back in the lawn and see the stars and you can even see satellites. I have a friend who insists you can’t see satellites, but that‘s total bullshit – oops, sorry. You can. They crawl across the night sky and they don’t blink. If you see blinking it’s an airplane. I can see shooting stars and stuff, too. It would amaze you at just how many stars there actually are when you look.

Can you hear? Listen.

That’s a train whistle, I think. I hope the microphone can pick it up. I know there are train tracks somewhere around here, but I didn’t think it was close enough to hear anything. I just said you can hear jet engines at 35,000 feet, but there are a lot of trees and houses between here and the nearest train tracks.

There it is again.

I’ve been out here a bunch of times since we moved here, but I have never heard that before. It sounds weird, too.

Then again, I never listened to freight trains. We only get those out here. So quiet.

Man, that is just eerie. I mean, I know it’s a train, but somehow weird, haunted, sound is just eerie in the middle of the night.

Oooh, man. I have chills.

OK, well, that’s enough for now. I swear, I have friends and I will do a video where you meet some of them. Gonna shut this off and watch the stars for a bit and see if the train whistle dies away. Have a good night. 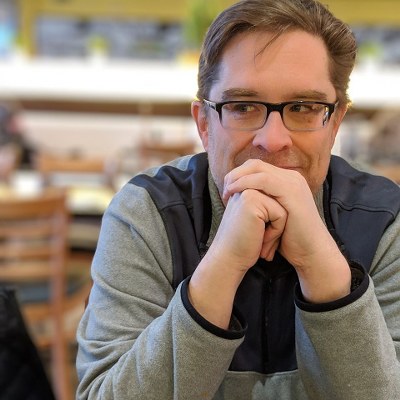 Bryan W. Alaspa is a Chicago born and bred author of both fiction and
non-fiction works. He has been writing since he sat down at his
mother’s electric typewriter back in the third grade and pounded out
his first three-page short story. He spent time studying journalism
and other forms of writing. He turned to writing as his full-time
career in 2006 when he began writing freelance, online and began
writing novels and books.
He is the author of over 30 books of
both fiction and non-fiction and numerous short stories and
articles.
Mr. Alaspa writes true crime, history, horror,
thrillers, mysteries, detective stories and tales about the
supernatural.
Website * Facebook * Twitter * Instagram * Bookbub * Goodreads